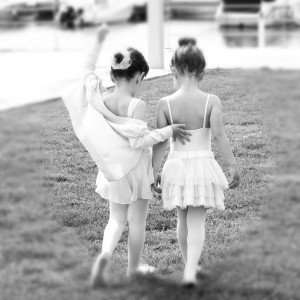 It’s funny how before you have kids, you have all these plans for the type of mother you’re going to be. And they all seem like perfectly reasonable plans. You might see a mother in the street, walking her baby in a stroller, and it’s freezing cold, it’s the middle of winter and the baby has no socks on – bare feet. And you think to yourself, “I’ll never take my baby out in the cold with no socks on!” But then one day – years later, you’re walking your 11-month old down the street, and they’ve reached down and pulled off their socks for the fifteenth time and you realise, “Oh. Right. It’s not that bloody easy is it?” So you take a moment to remember that mum, and you send her a silent message back through the years: I’m sorry I judged you, back then when I thought I knew better – but I didn’t did I? I didn’t have a fucking clue.

But here’s the thing I’m having trouble with right now. There are two things about that type of mum I was going to be that I was absolutely sure about.

1. I would not push gender stereotypes on my children. If I had a son who wanted a doll, he would get a doll. If he wanted to dress up in a pink tutu, that would be fine by me. And if I had a daughter – I’d encourage her to throw on an old blue jumper and jeans and go play in the mud  just as often as she chose to wear her purple skirt and fairy wings.

2. I would always allow my kids to make their own choices (within reason of course) about their lives – for instance, if they asked to learn the piano, sure, let’s take lessons, if they asked to stop – they’re not enjoying it anymore – of course! I never wanted to force them to do something they didn’t love.

But what happens when these two things clash? I have two girls. In accordance with point 1, I’ve always said I’d rather my girls play soccer or take martial arts lessons over dance classes. In accordance with point 2 however, I need to let them choose – I’m not going to be the type of mum who says, “You MUST play soccer.” So I asked my 5 year old the other day what activity she’d like to do while we’re taking a short break from swimming lessons. “Ballet,” she replied firmly. I was taken aback, I didn’t know she had any interest in ballet. I double-checked, “Ballet? You’re sure? There’s no sports you’d like to play? It’s just that we can only afford to choose one activity.”

“Sports is for boys,” she replied.

“No it isn’t,” I said very quickly. “Sports are for everyone. So are dance classes for that matter. Boys can do ballet and girls can play sports.”

“Hmm,” she said thoughtfully, “Well, I do like to win races… but we can’t do both sports and ballet. That’s a bit of a problem isn’t it,” she mused.

I had the feeling that at this point, I could probably have swayed her one way or the other. I could have started to really sell sports to her, talked about how much fun it would be. If I wanted to, I think I could have convinced her to choose soccer or tennis or T-ball or something. But she’d chosen ballet all on her own, so to talk her out of it wouldn’t really have been fair would it? Especially seeing as the only reason* I don’t want her to do ballet is because I have this fear of perpetuating gender stereotypes – because I was completely shocked that my daughter had just told me ‘sports is for boys’ and I have no idea where she even got that idea from.

The problem is though, I could quite easily convince myself that if I booked her into some sort of sporting activity, I’d be completely doing the right thing – because it would be good for her to do something that keeps her active and healthy. Because it’s good for kids to take part in team sports, right? And because I know she’d love it  once she started. But is that enough of a reason to go against her own wishes? Would that justify me going completely against my own promise to myself that I would never force my kids to do something they don’t want to do?

I honestly wish I had both the time and the money to book her into as many different classes and activities as she liked. To let her try everything out and then decide. But then again, let’s say she did try it all out and still decided she liked dance classes best. Would I be disappointed?

I’m being silly, aren’t I? Because actually there’s a simple answer to all of this and I think I’ve known it all along. I should simply let her do the thing that she wants to do. I should book her into ballet classes and let her do it for as long as she wants to. And on the weekends, I should go out in the backyard and kick a soccer ball around with her and run races with her and I should remember that she’s only going to be 5 once. Besides, there’s going to be plenty more time for other activities as she grows up, isn’t there?